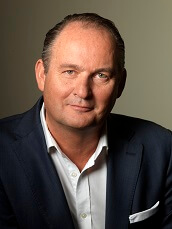 In the absence of the gold standard, there is no way to protectsavings from confiscation through inflation. There is no safe store of value. If there were, the government would have to make its holding illegal, as was done in the case of gold.

If everyone decided, for example, to convert all his bank deposits to silver or copper or any other good, and thereafter declined to accept checks as payment for goods, bank deposits would lose their purchasing power and government-created bank credit would be worthless as a claim on goods.

The financial policy of the welfare state requires that there be no way for the owners of wealth to protect themselves. […]

This is the shabby secret of the welfare statists’ tirades against gold. Deficit spending is simply a scheme for the confiscation of wealth. Gold stands in the way of this insidious process. It stands as a protector of property rights.

If one grasps this, one has no difficulty in understanding the statists’ antagonism toward the gold standard.

Chapter 2 – Central Bankers: The Alchemists of our Time 48

Chapter 3 – The History of the Dollar 63

One year before the fall of Lehman Brothers, my first book was published in the Netherlands (Als de dollar valt – If the Dollar Collapses, 2007). After studying the financial system for over ten years, I had come to the conclusion that a collapse of the unstable global financial system – and its mountain of debt – was ‘only a matter of time’. After the house of cards collapsed just one year later, my life changed dramatically.

Within a short period of time, I became a well-known personality in the Netherlands. I decided to quit my job as market commentator for the business channel RTL Z in order to focus on business opportunities arising from the new economic reality. I believed this new reality would entice investors to look seriously at investing in hard assets, especially gold and silver. We have seen precedents of this in every crisis for the last 300 years. I subsequently started a web shop for gold and silver bullion (AmsterdamGold.com) and set up a commodity fund (Commodity Discovery Fund).

AmsterdamGold was sold to the listed Value8 in the summer of 2011, after yearly sales reached 100 million euros. In the same period, three more of my books became bestsellers. None of them were ever translated into English. This book combines information from all previous books with an additional chapter on the expected Big Reset for the current worldwide monetary system.

The book tells the story of a mostly hidden world of money and gold which I hope will also be of interest to a larger, international public. This revised edition contains an extra 30.000 words analyzing the latest developments, since the first print early 2014.

Unlike fiat money, gold has always maintained its purchasing power. An old Roman aureus gold coin of just eight grams still buys you a few hundred liters of cheap wine, just as it did 2,000 years ago. That is why gold has been used again and again to stabilize fiat money systems during monetary resets in the past.

The gold price is like a barometer: a rise in the price acts as a warning to investors that something is wrong with their currency. Often it is a sign that bankers are creating too much money. Since the US took the dollar off the gold standard in 1971, gold has become financial enemy #1 of Wall Street and the White House. This is because the price of gold acts like a canary in the coal mine by pointing to a decline in the value of the dollar.

This book provides all the evidence needed in support of the claim that a secret war on gold (Chapter 4) has been fought by the US and other central bankers at least since the 1960s, when the dollar system came under pressure for the first time since its inception at the end of World War II.

Nowadays even the Swiss franc is no longer a safe currency. The Swiss Central Bank decreed in 2012 that its currency would be pegged to the euro to stem a further rise in value, which was considered harmful to Swiss tourism and exports. This is just one example of the currency wars that have been fought since the collapse of Lehman Brothers in 2008. More and more countries have been trying to debase their currencies to support their exports.

To combat the economic fallout caused by the credit crisis, countries have allowed their fiscal deficits to increase dramatically. In order to pay the bills, governments had to sell enormous amounts of bonds. As more and more investors stopped buying these government bonds, central banks needed to step up to the plate. By turning on the (digital) printing presses, they have been buying up bad debts and government bonds to a total of $ 10 trillion ($ 10,000 billion) worldwide, between 2008 and 2013. Economists describe this process as the monetization of debt by central banks. Economic textbooks refer to this process as ‘the nuclear option’ – only to be used when no other method of financing can be applied effectively. This is a process that is easy to start but almost impossible to stop.

Universities worldwide still promote the ideas of the Chicago School of Economics. The tenet of the Chicago School is based on the creation of fiat money by central banks in collaboration with private banks. Students today still use the same economics textbooks with outdated models based on efficient markets, just as they did before the crisis. That is why a majority of economists, journalists and business executives still do not fully understand the role of money in our economy.

I am not handicapped by a degree in economics, and I have always used my common sense to understand the principles of money. I have long learned to fall back on books about money and financial crises that are written by historians. The current crisis – which could have been predicted on the basis of roughly 6,000 years of the documented history of money – contradicts the Keynesian doctrine of creating money out of thin air. Fiat money systems have been put to the test more than 200 times, and they have all failed in the end. The likelihood of failure should now be considered a statistical certainty rather than a theoretical improbability.

At some point, politicians will start to understand that only a major change – a big reset, as I call it – in our global monetary system can save it. This realization will probably occur around the time that they are no longer able to refinance their mountains of debt.

This book explains why piling more and more debt onto the balance sheets of central banks is not a sustainable way of helping our economies recover. But policymakers will always choose a possible economic death in the future over a nigh certain economic death now. This demonstrates the inadequacy of our system, which focuses on treating the symptoms while ignoring the actual illness. The system is like a terminal patient who can only hope for a few more years of survival. Only by administering a cocktail of the strongest medicines can the patient stay alive. He will never be as strong as before, but by ever-increasing visits to the medicine cabinet he is able to delay the inevitable for a little while longer.

Central bankers and politicians are merely buying time, hoping to prolong the endgame phase of our global financial system as it exists today. But there are those who have secretly started to prepare for the big reset that is needed to bring this financial system to the next level. A similar reset took place with the start of the dollar system in 1944. It is my belief that, well before 2020, the global financial system will need to be rebooted to a new paradigm in which gold will play a larger role, the dollar will lose its status as the sole reserve currency, and countries like China will be much more powerful.

I would like to end by thanking Amsterdam University Press (AUP) and The University of Chicago Press for publishing this book, which is so critical of the ‘Chicago School of Economics’. A special thanks to Ebisse Rouw (AUP) who started it all. I also would like to praise my (research) assistants Dick van Antwerpen en Kevin Benning who helped me to dig up some wonderful details. Gioia Marini did a great job in editing the manuscript. The cover design shows Ron van Roon is a real artist. And a special thanks to my wife Brechtje Rood who was responsible for the infographics in this book and who supported me in every way during this stressful year. Finally, I thank you for taking the time to read it. 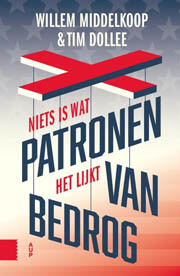